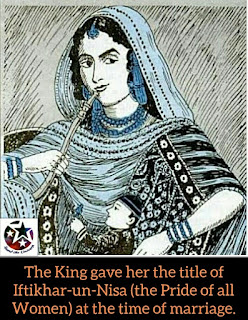 Begum Hazrat Mahal: An Indian Rebellion for freedom in 1857 Begum Hazrat Mahal, also known as the Begum of Awadh (Oudh) and was the wife of the then Lucknow ruler, Nawab Wajid Ali Shah. She was a great Indian freedom-fighter who played a major role during India’s First War of independence (1857-58). She was bestowed the title ‘Hazrat Mahal’ after the birth of their son, Birjis Qadr. Behind Begum Hazrat Mahal’s graceful nature and physical charm lay the qualities of a strong leader and an adroit strategist, which were strongly witnessed through her contributions to India’s first struggle for independence against the British. She was born in 1820 at Faizabad, Awadh,  India. She was a Shia-Muslim by religion and courtesan by profession and had been taken into the royal harem as a khawasin as she was a real graceful lady, whose beauty had an unbeatable charm. When her husband was exiled to Calcutta (now Kolkata), thus leaving the kingdom without a leader and in a chaotic mess. It w
Post a comment
Read more 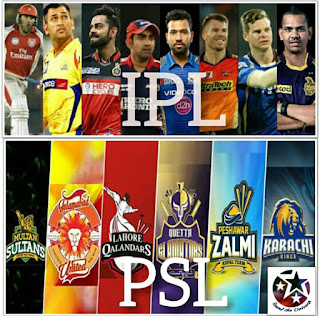 Pakistan Super League and Indian Premier League, similarities and differences : Indian Premier League is a professional Twenty20 cricket league in India contested during April and May of every year by teams representing Indian cities and some states. The league was founded by the BCCI in 2007, and is regarded as the brainchild of Lalit Modi, the founder and former commissioner of the league.  Pakistan Super League (PSL) is a cricket Twenty20 cricket league, which was founded in Lahore on 9 September 2015. Instead of operating as an association of independently owned teams, the league is a single entity in which each franchise is owned and controlled by investors. Have a look at  following 10 points illustrating important differences and similarities between these two Leagues :- 1) The brand value of IPL in 2017 was US$5.3 billion , according to Duff and Phelps ( global valuation and corporate finance advisor). while the market value of PSL in 2017 was up to US$300 mill
3 comments
Location: Lucknow, Uttar Pradesh, India
Read more
More posts